Aged 35 and over and want to make a change? So, its time you know CHO SEUNG WOO, Korean musicals and dramas star from 2000. In terms of survival in the film industry it’s a huge achievement.

From an early age he dreamt of being a singer just like his father and sister. But when he was a student at Dankook University, a tempting offer came. As a result, CHO went to the auditions and was selected from 1,000 candidates. At that moment he made his first change and became a player.

But … CHO’s real dream was to combine his two great loves: acting and singing. How do we combine two different things in a world that likes to sort and categorize people?

In his own special way, CSW managed to combine the two worlds: perhaps it is his perfectionist personality that invests above and beyond in every role. Maybe it’s the X generation perception, that unlike the Y generation, is programmed for long runs.

Bottom line, his magic touch works non-stop: people love him. They value his great investment in every role. Appreciate the precise work, and following his passions. Something most of us talk about but few do.

In today’s business reality, we are all products in the huge market called “world.” Every product has a “shelf life” and they shorten at any moment. CHO is also a product.

In 2015 Netflix was at its peak. The South Korean stars were a major part of its success. Dozens of Korean series went online and became hits worldwide.

But Cho Seung-woo wasn’t there!!!

The multiple changes that are taking place in the business world today represent an opportunity for a dramatic change in personal behavior. This is a breakthrough opportunity when it comes to career changes and especially in business management.

It used to be difficult to change. Today – it’s easy! Especially if you have developed multiple expertise over the years, you are essentially elastic, open to changes, and willing to invest to reinvent yourself.

In 2016, at the age of 36, CHO made the right decision when he recognized the momentum, and immediately after the successful of SWEENY TODD production decided to take a three-year break from the musicals in favor of focusing on films. Netflix, thank you!

CSW’s story is no different from every successful manager’s story who stopped the race and explored his place in the new era.

The X generation that CSW belongs to, prefers a permanent position with minimal changes. In contrast, the Y generation prefers to combine several career interests instead of focusing on one area. 50% job in one organization, 30% job in second organization and 20% activities for the soul. CHO, although he doesn’t belong to Generation Y, in his spirit is definitely one of them. A mix like: 50% Netflix, 30% Drama and 20% Musical Productions makes him feel both relevant and significant.

Then, stop and ask yourself this:

what can you learn from CHO’s story?

CHO’s journey spans two decades. In a range of years, it is similar to the average career of an employee or manager in an organization. Anyone who follows his pictures cannot sees he is constantly changing. Each picture looks like a new character. He obviously has impressive acting talent, and also the ability to dive to rare depths to familiarize with the characters. And also, incredible elasticity, which is the most important skill for success in the new age.

Presentation, thinking ability and elasticity, are these not the three essential traits of success in the career and business world?

HIS STORY CAN INSPIRE

There is something very reassuring about CHO despite its perfectionism and precision. I think it’s a certain amount of shyness and sense of solitary.

The younger generation, unlike you, are not total. They want quick results and small investments. Maybe it’s your mission to show them that it is possible and worthwhile otherwise. That you can connect head to heart, and you can discover and reinvent yourself at any age.

I see you in front of tens of thousands of people…

Playing, singing like you used to. But mostly talking. Talking about life, dreams, desires, concession prices, shame and disillusionment, about entrances and departures from characters and roles.

After all, you managed to be relevant in this journey for more than twenty years, now is your time to become a role model and source of inspiration for the next generation!

what do you say CHO? 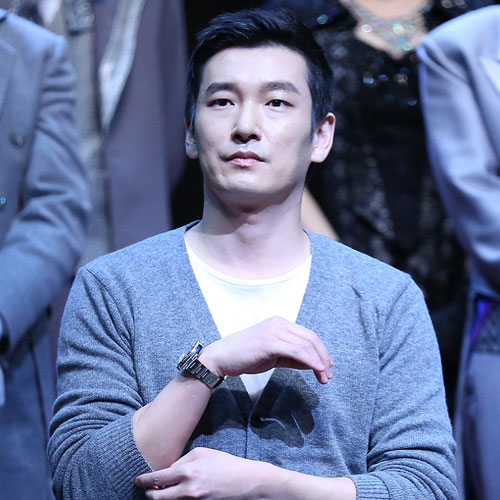 "The only thing they are committed is bettering themselves and the world. The KPOP WORKERS have global cause higher than their personal goal."