FOUR IS THE NEW TEN

A big smile can open doors. Ask JUNG HAE-IN. Over the past four years, he achieved what people around the world have failed to achieve in two decades.

In terms of web 2.0, Hae-in is a star. He has 3.3. million followers on INSTEGRAM, but more important is the amount of reactions and the close relationship he has developed with his fans in the net. No doubt, Hae-in understands the language. After all, It’s the language of his generation.

JUNG HAE-IN represents the Y generation: young, complex, spicy yet polite, multidimensional, deeper than he looks, what you see is not necessarily what is inside. fast. In constant motion. Ambitious.

For the past four years, Hae-in has made rapid transitions between roles. Unlike some of his colleagues, he understood from the start that a career in the New Era has its own life on the net.

In some of his last roles he plays himself: he was an artist just as in life he studied art in the university, he rides the bike, just like in life, and he designs computer games.

Being authentic is important, that’s what we are told today. HAE-IN understood it from the beginning.

In the last four years since he was discovered while walking in the streets of SEOUL, turned HAE-IN from warrior to lover.

The removal of the masks allowed HAE-IN to use his superpower. I am referring to his perfect smile that radiates both sweetness and hope. It was the smile that allowed his softness and gentleness to reveal. Thanks to them, HAE-IN transformed himself from warrior to gentle lover.

Very often people get stuck in a particular role in their life. It’s not right for them, but they are unable to let it go. They are stuck because they are not open or flexible. The have zero ability to make change. And so life goes by.

Perhaps it was Hae-in’s grandfather who inspired him? or maybe it was his DNA? The bottom-line is that despite the short period of time, HAE-IN managed to reinvent himself over and over again.

IT’S ALL ABOUT THE SMILE

I remember the day I started researching HAE-IN’s image. I hanged his pictures on a large board alongside pictures of 100 other KPOP artists. 95% of the people in the audience chose HAE-IN. When I asked why, they replied: “Because of the smile … there is something inspiring and hopeful in his smile.”

Each person has their own aura effect. Hae-in’s aura effect is his smile. That’s why his production company branded his fan campaign by the name- “SMILE”, but the audience in my hall didn’t know it, they just sensed what he projected.

what can young people between the age 25-30 who want to reinvent learn from HAE-IN’s story?

How much sadness is there in the world? How many wars? Pain? Anger? Quarrels? Frustrations? Disappointments? Waste of time? And what… if Hae-in’s smile could be replicated?

Imagine what a wonderful world it would be …

Your innocence, sweetness and smile are global. But there is much more beyond and above.

How about taking on a mission?

Young people today feel they have to make a choice: either love and family, or career and success. (I know this choice. I was there. And I decided a long time ago that it’s possible to have them both. Luckily, I was right.)

So, maybe now you can help young people in your country and all over the world to rediscover love? How about that? 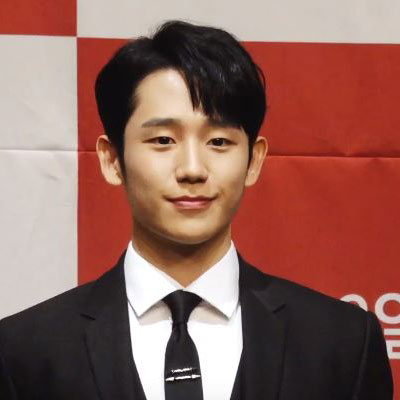 "Excellent is not being the best; it is doing your best all the time".